Following the 2010/2011 Canterbury Earthquake Sequence, EQC needed to quantify the impact of ground surface subsidence on residential property. Thousands of holes were installed, and subsequently, ~1000 were dipped on a monthly basis, to monitor shallow groundwater.

In 2016, the groundwater network was rationalised to ~250 sites and instrumented with transducers, logging water level every 10 minutes, resulting in more accurate and much more detailed monitoring. The new high-resolution dataset is probably a world first, and is a game changer. It provides insight into the short-term groundwater response to rainfall, tides and river flows, and has been used to generate tens of thousands of surfaces to characterise, spatially, the variability of groundwater levels and flow. It sets a new standard of monitoring for urban areas constructed on shallow groundwater, where hazards such as liquefaction and flooding are driven by changes in groundwater level that can occur over hours or days. The data show the extreme variability of the groundwater level response to different drivers: at one end of the scale there is a streamflow-type response to every rainfall event, but a rapid return to a ‘baseflow’ level in between events (see Figure 1). At the other end of the scale is a longer-term groundwater-type response, where levels do not respond to summer rainfall, but show a persistent rise in winter due to the onset of recharge (see Figure 2). The differences are crucial in understanding the:

For example, summer rainfall might only affect areas that have a response such as in Figure 1. Areas with a groundwater-type response might be immune from groundwater flooding in summer, but will have prolonged periods in winter when groundwater levels are at, or close to, the ground surface.

There are many current and future needs that are being, or will be, informed by the data. A key use will be real-time integration of groundwater data into flood modelling, to take into account the groundwater contribution to surface water flooding. There are numerous other uses, including contributing to liquefaction susceptibility assessments, timing infrastructure works to minimise dewatering requirements, understanding the contribution of shallow groundwater to sewer infiltration. This rich dataset is also being used to inform the assessment of sea level rise impacts. 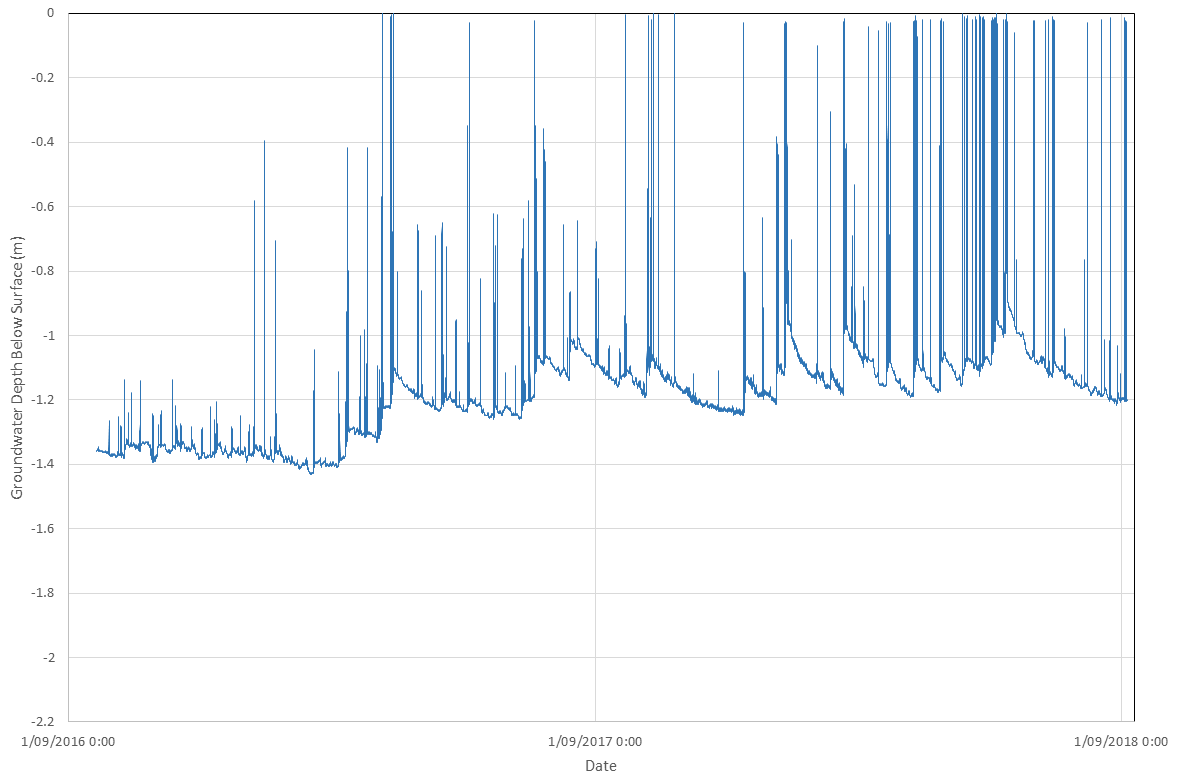 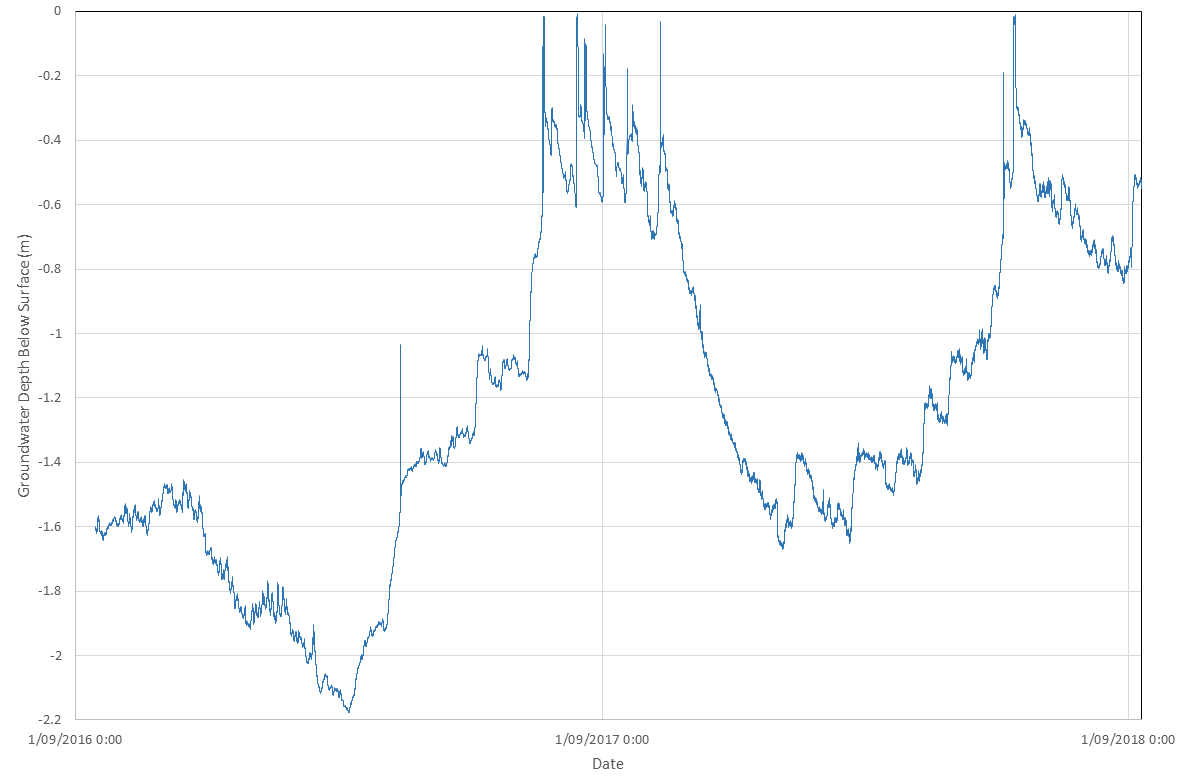